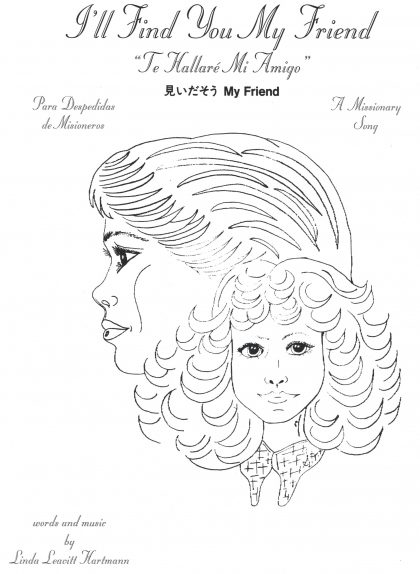 I’ll Find You My Friend (A Missionary Song)

Linda Hartmann was born and raised in Mesa, Arizona. She has attended MCC & BYU Hawaii. While in Hawaii she accompanied the BYU performing group “Showcase Hawaii” a group like unto Young Ambassadors which toured the Hawaiian Islands with live performances.

Linda composed her first song, I'll Find you My Friend , the day before her own missionary farewell; she served in the Georgia Atlanta Mission. Since her return, she has composed over 70 songs and has produced two albums of missionary music. She has also written Young Women's, Childrens, and Funeral music.

I'll Find you My Friend has been translated in 20 languages. Her goal is to have the song translated in every language where missionaries are sent and share it with people in their native language.