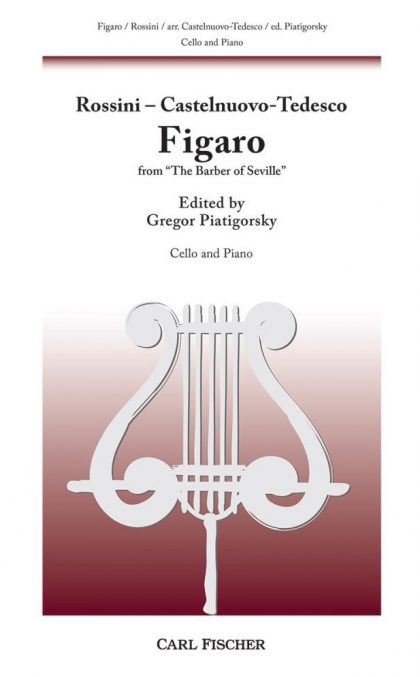 Figaro (from “The Barber of Seville”)

Rossini wrote an opera and named it The Barber of Seville. Featured was a character named Figaro, who sang some pretty catchy tunes, including one with the somewhat clunky title Largo al factotum. So catchy was this tune, in fact, that Mario Castelnuovo-Tedesco (who knew catchy tunes, having scored more than 200 films) was taken to writing a set of variations for his good friend Gregor Piatigorsky who knew a thing or two about the cello. But, devious as he was, Castelnuovo-Tedesco's variations were increasingly virtuosic, a challenge for even the best cellists. We are pleased to make the Rossini / Castelnuovo-Tedesco / Piatigorsky Figaro once again available, throwing the gauntlet down for a new generation.