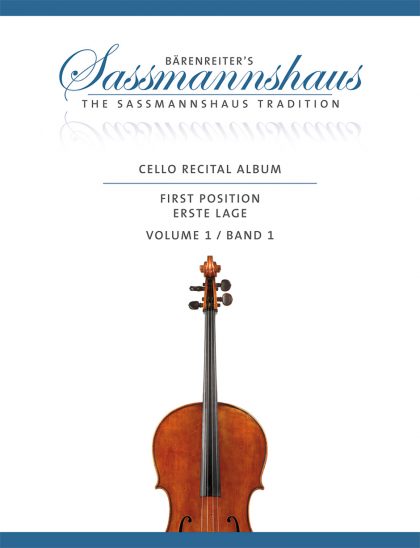 The 18 pieces in Volume 1 are structured to follow the same progression of finger patterns introduced in the “Early” Start method. This systematic progression helps the student to solidify the hand position and improve intonation. The basic bowing techniques do not require changes in bow speed or sounding point. The young performer can focus on a straight and beautifully placed bow that produces a pleasing and clear sound.

Collections of recital pieces for the cello:

• Alternately a second cello part allows duo playing with the teacher during lessons. This early introduction to chamber music brings joy and satisfaction to the young cellist and teaches the student to hear the music as a whole.

• The two volumes (BA 8994, Ba 8995) are designed as companion publications to the Early Start on the Cello method. However, they work equally well as a supplement to any other cello method.

• A variety of rarely published works by well-known cellists and pedagogues such as Wilhelm Fitzenhagen, Hugo Schlemüller, and August Nölck make these publications attractive to teachers and students.