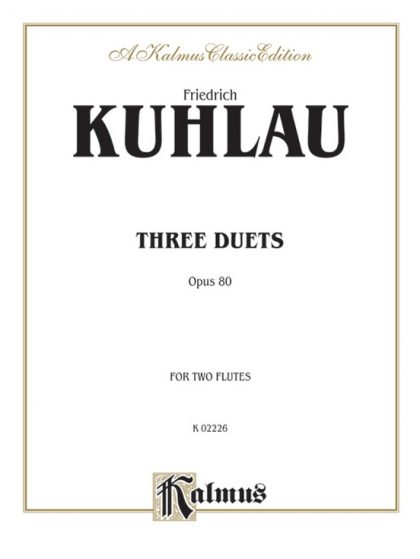 Born and schooled in Germany, Kuhlau fled to Copenhagen when Hamburg was invaded by Napoleon's army. Although best known for his piano sonatas and sonatinas, he first composed and published vocal works and pieces for flute and piano. Kuhlau was not actually able to play the flute, but with his musical abilities and the help of a friend who played the flute in the royal orchestra, he wrote flute music that was among his finest instrumental compositions. A contemporary and acquaintance of Beethoven, Kuhlau was one of the most important Danish composers of the late Classical and early Romantic periods.