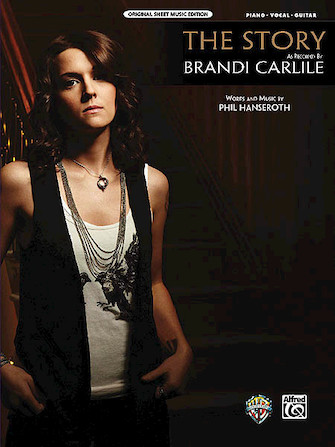 “The Story” is the first single from Brandi Carlile's 2007 album of the same name. Embraced by radio stations, it has since been featured in numerous television advertisements and prime-time shows like “Grey's Anatomy,” including the March 2011 episode in which it was sung by actress Sara Ramirez. With compelling lyrics and a distinctly original melody, “The Story” is now available as an official sheet music edition release.