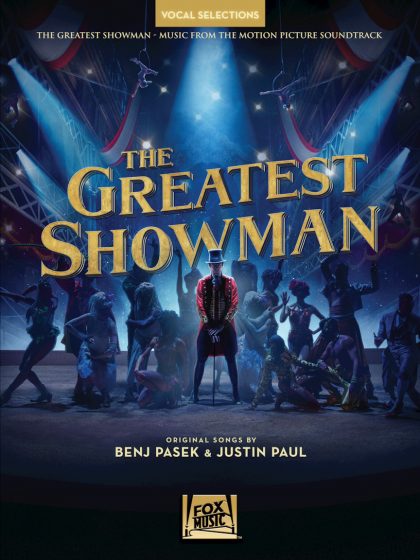 A musical drama biopic chronicling P.T. Barnum &lpar;played by Hugh Jackman&rpar; and his founding of the Barnum & Bailey Circus, this December 2017 film features a stunning soundtrack by Benj Pasek and Justin Paul of La La Land and Dear Evan Hansen fame. This vocal selections folio features 9 songs provided in vocal lines with piano accompaniment. Songs include: Come Alive • From Now On • The Greatest Show • A Million Dreams • Never Enough • The Other Side • Rewrite the Stars • This Is Me • Tightrope.