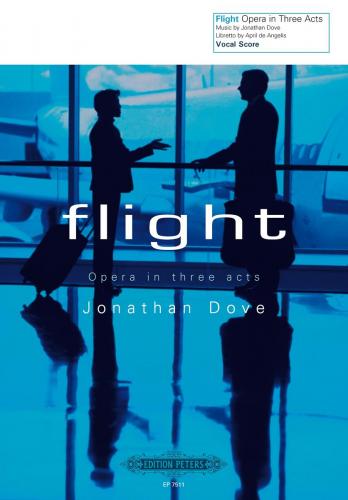 Flight: An Opera in Three Acts

De Angelis took part of the inspiration for the plot from the true-life story of Mehran Karimi Nasseri, an Iranian refugee who lived at Charles de Gaulle Airport, Paris, for 18 years, unable to exit the airport terminal. Some of the same real events surrounding Nasseri were later used in the story for the 2004 Steven Spielberg film The Terminal, independently conceived after the opera.