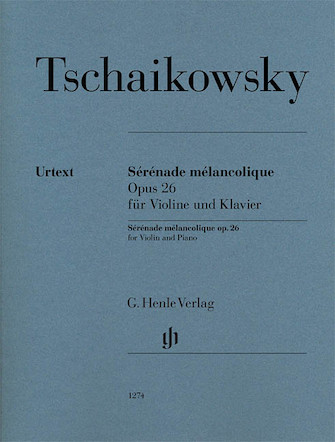 Following the publication of the Valse-Scherzo, Henle continues Henle's edition of Tchaikovsky's complete works for violin and piano with the enchanting Sérénade mélancolique, op. 26. This was Tchaikovsky's first concertante work for violin, the beginning of a path that was to lead to his Violin Concerto three years later. He composed the Sérénade mélancolique in 1875 for violinist Leopold Auer, originally for violin and orchestra, but later also in a version for violin and piano. Since the autograph sources are lost, this Henle edition is based on the Russian first editions, which even in Tchaikovsky's lifetime were issued in a number of revised versions. The editor, Russian Tchaikovsky scholar Alexander Komarov, brings exemplary clarity to the confused state of the sources, while Ingolf Turban unlocks the notation of the violin part with his accomplished fingerings and bowings.