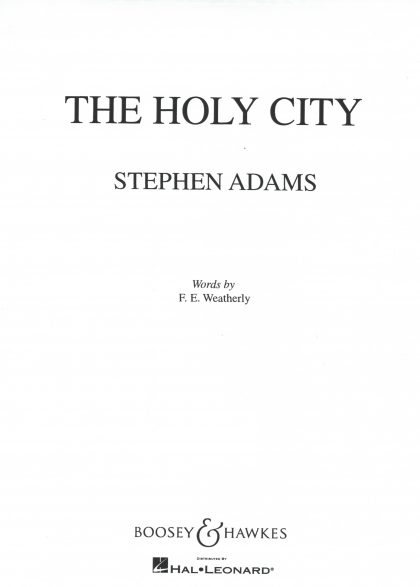 “The Holy City” is a religious Victorian ballad dating from 1892, with music by Michael Maybrick writing under the alias Stephen Adams, with lyrics by Frederic Weatherly. Its sheet music sales made it one of the most commercially successful songs in the UK and United States around the beginning of the 20th century, and also “perhaps the most pirated musical piece prior to the Internet”, according to copyright scholar Adrian Johns.