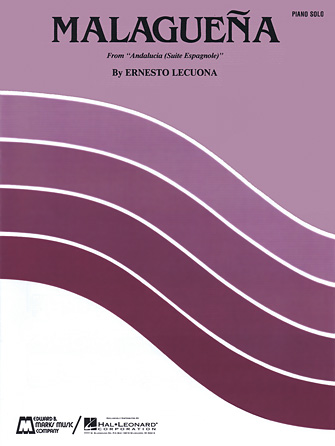 This sheet music features a piano solo arrangement of the Latin standard.

“Malagueña” is a song by Cuban composer Ernesto Lecuona. It was originally the sixth movement of Lecuona's Suite Andalucía (1933), to which he added lyrics in Spanish. The song has since become a popular, jazz, marching band, and drum corps standard and has been provided with lyrics in several languages. In general terms Malagueñas are flamenco dance styles from Málaga in the southeast of Spain.