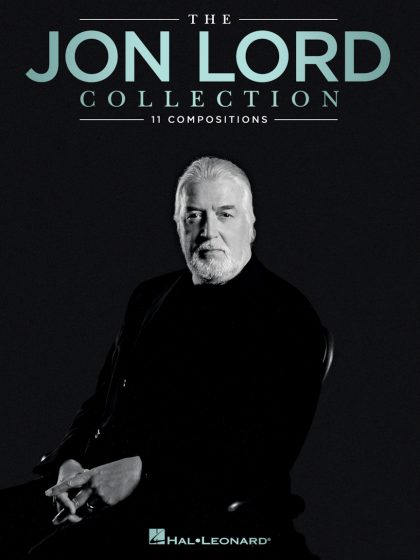 The Jon Lord Collection is a new volume of vocal scores and piano arrangements of some of Jon Lord's most famous songs and instrumental pieces. Jon's genius for improvisation meant that his own performances were constantly evolving, and with most of these compositions he never got around to actually notating definitive versions of the scores. His long-time friend and musical collaborator Paul Mann has painstakingly combined all of Jon's extant manuscript material with new transcriptions from the original recordings to arrive at the first-ever authoritative published versions of eleven essential pieces.

Included are some of Jon's most celebrated solo songs, including those written in collaboration with Sam Brown &lpar;“Wait a While,” “One from the Meadow,” “The Sun Will Shine Again”&rpar;, together with a more recent collaboration with Steve Balsamo &lpar;“All Those Years Ago”&rpar;. The collection would not be complete without “Pictured Within,” composed to lyrics by the composer himself, and made famous by the incomparable performances of Miller Anderson.

Completing the collection are instrumental pieces from the 2004 album Beyond the Notes, including Jon's meditation on his departure from Deep Purple “De Profundis,” the Brubeck-inspired “Cologne Again,” the gentle but subtly complex “Miles Away,” &lpar;which was to form the basis of the slow movement of his piano concerto Boom of the Tingling Strings&rpar; and the wildly virtuosic “Telemann Experiment” which, in typical Jon style, combines elements of rock and blues with the music borrowed from a suite by an early 18th century German Baroque composer.

Jon Lord's genre-defying music is presented here for the first time in a form which makes it readily accessible to musicians and music-lovers alike.