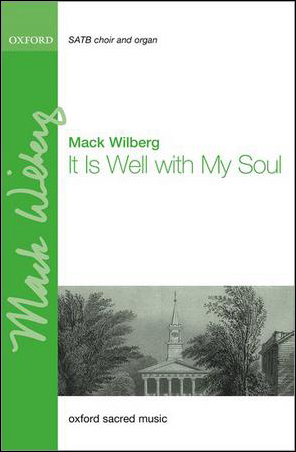 It is Well With My Soul

It is Well With My Soul is originally a composition by Philip Bliss of a 19th-century hymn, Wilberg's arrangement of Bliss's tune keeps the first two verses in unison, first women and then men, before allowing fuller textures to take over. The choir is accompanied throughout, and two upward major 3rd modulations lead to a triumphant close. With words written by Horatio Spafford it follows several personal tragedies; despite having lost his first son to scarlet fever, most of his assets in the Great Fire of Chicago, and then his four daughters in a shipwreck, Spafford's enduring faith inspired him to write this hymn, which speaks of an internal, spiritual calm in the face of life's difficulties. Optional Orchestration is available for rent through Oxford University Press.